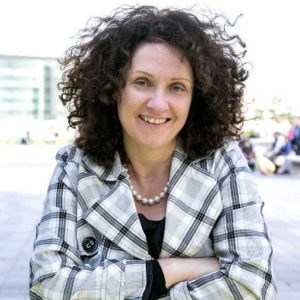 In today’s world where there is so much focus on STEM – Science, Technology, Engineering and Mathematics – education as a means to a better tomorrow, Joanna Norton is bridging the gap between these disciplines and others to engage and educate students.  Her project, Reimagine Science Education, is a cross-discipline, cross-border partnership between teachers, students, and industry to spark a deeper love and understanding of the sciences than could come from a traditional classroom experience.

I spoke with Joanna about the work she is doing in general and a couple of projects in particular. The concept of combining seemingly unrelated ideas is a focus of my work, both in teaching students and in my business consulting, so I was fascinated by the ways in which Norton’s project combines multiple disciplines to engage and excite students.

The concept for Reimagine Science Education came from Norton’s background in education and the understanding that science education is compulsory globally, but most students don’t like it. Norton has seen these results personally, but they are also supported by data.

“I realized we have to rethink our approach to science learning and creativity in the classroom. We needed to include real life innovation in our classroom practices to get students to engage,” she said. 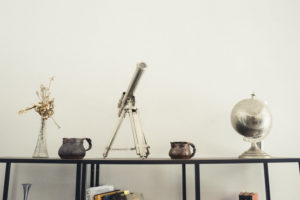 One major project Norton is working on right now is in the intersection of fashion and biology. She learned about the work of Helen Story, a Professor of Fashion Science at the University of the Arts London, and a specific project through her foundation, The Helen Story Foundation, called Primitive Streak.

Primitive Streak takes the first 100 days of human gestation and each major stage of development during that time and creates an item of fashion to represent it. The project tells the story of reproduction through fashion.

Norton’s project takes the Primitive Streak concept and uses it to teach the core component of biology, adding in the idea of identity and changing identity for students at major transition points in their lives – middle school to high school and high school to college. There is also a component working with the local Fab Lab where students can develop wearable technology as a part of the project. This brings in the added discipline of technology and gives students the ability to create real, working items.

Just in this one project, students in the program are learning how biology, fashion, and technology are all related.

“We were really keen to explore how we could look at science through the prism of fashion and vice versa. There is a perception that to be a doctor or veterinarian or midwife you are attached to this very fixed job description that is embedded in society that is only one thing, that you don’t need other fields. But studying the reproductive cycle can help you in fashion, and looking at reproduction in terms of fashion can spark an interest that wasn’t there before. The same is true in that studying botany can help you as an urban planner because plants are critical to the ecosystem in a city and you need to understand their life cycle. There isn’t a limited scope of science. It is everywhere.” Norton said when talking about how the project can impact students and their career choices.

Norton isn’t just interested in “working in collaboration with other designers to make shiny objects.” She wants her work and these projects to be accessible to all. It can be easy to pitch these ideas to schools with lots of resources, she said. But to truly create an educated and connected workforce full of young people who understand global cultures, she is taking the project international. This coming fall, a school in Uganda is partnering with two schools in the United Kingdom on Norton’s Primitive Streak based project.

The teams in each class will communicate via Skype and Google Hangouts and at the end of the term will present their final projects to each other. Part of the project will include training on how to present, as well as how to critique and give constructive feedback. 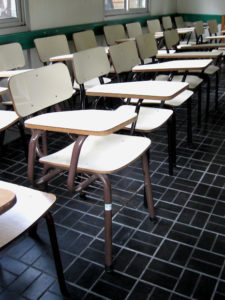 It’s important to Norton that the projects be based on a model that can be implemented anywhere – that projects are fully inclusive. In Uganda, some of the students in primary classes (what is age 12 to 15 in the UK) are adults. If, as kids, they were unable to finish their education, but are able to do so as adults, they rejoin classes right where they left off. While visiting the school last summer training teachers on the curriculum, Norton saw adults sitting next to kids in child-sized desks going through lessons.

“We have to come to terms with that,” she says, “We have to understand the context and demographic of classrooms around the world which can be very different than our own. It can be very easy for corporations to talk about collaboration, but it is often complicated. What does a peer mean? In other parts of the world, not necessarily the same thing you and I would think it means.”

Another project Norton is involved in internationally is Droneport in Rwanda. The first airport of its kind, Droneport will support cargo drone routes capable of delivering urgent and precious supplies to remote areas on a massive scale. The project was initially developed by the Swiss Federal Institute of Technology in Lausanne (EPFL) and Foster + Partner architects when Jonathan M. Ledgard of EPFL approached the famed architect Lord Foster and asked, “You have designed the world’s largest airport (Beijing), now how would you like to design the world’s smallest?”

Norton was drawn to the concept specifically because of the social aspect. Half of the Droneport will be used for humanitarian needs and half for commercial needs. She says that almost all entrepreneurial projects coming from Africa today have a social or humanitarian aspect to them. It isn’t just about building wealth, it’s about building up the people and communities.

They are using creativity and innovation in everyday thinking to better the world around them. These are the kinds of ideas that need to be flowing south to north, Norton says. “It’s not just about us sending ideas and aid to third-world countries. There is so much we can learn from them.”

In 2014 at the 10th International Fab Lab Conference and Fab Festival in Barcelona, Spain, first prize in the Global Fab Awards competition went to a team from Lagos, Nigeria for building the world’s first e-waste 3D printer. The team scoured trash yards and scrap piles to find the components needed to build their own 3D printer.

“What kind of work ethic must they have had?” Norton asks. “And how do we get these models out to young people around the world? In the real world, family and friends can’t help you build your product or company. They are struggling to survive, too. How do we teach kids that innovation doesn’t just happen in Silicon Valley? It can happen right where you are, in your community.” 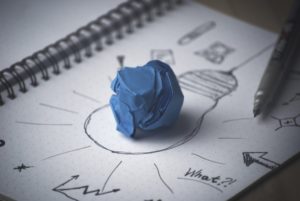 Norton hopes that through these real world projects, combining science and technology with other disciplines, students will develop an interest in STEM and carry it forward into the world to make real change.

“With the right mindset, anyone can do this,” she says.