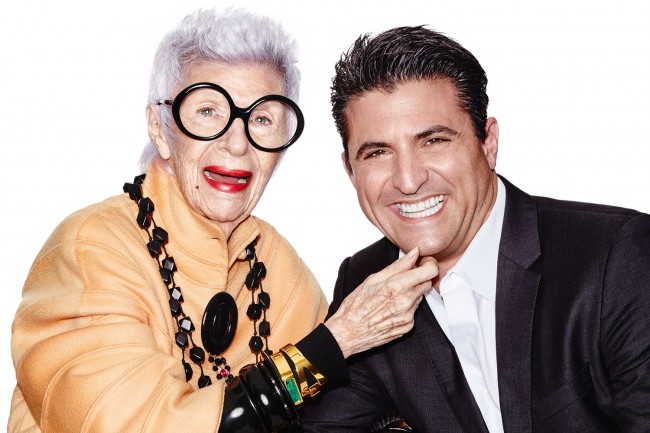 Wearable technology is becoming more common and more advanced. Companies are developing sensors for numerous biometrics and incorporating them into many different types of clothing and accessories. But for Dr. Jerry Wilmink and his company, WiseWear, wearable tech isn’t just about cool science, they want to save your life – and make you look good while they do it.

The concept of WiseWear began after Dr. Wilmink’s grandfather had a bad fall and ultimately passed away.  Wilmink wanted to help prevent others from having similar, life-threatening falls. Utilizing his background as a biomedical engineer, Dr. Wilmink began work on a hearing aid type device that would sense certain vital signs in the person wearing it and could notify them when those levels reached a critical state that might induce a fall. The project was funded by the National Science Foundation and is in the process of being approved as a medical device by the Food and Drug Administration.

Since that first device, Wilmink and his team have discovered how to transmit data from devices that are metal, which was previously impossible – and why most tech based accessories were plastic. That discovery led to the WiseWear of today, where they are creating high tech, high fashion accessories that can do more than just track your steps and alert you to text messages. They can also save your life. WiseWear’s line of bracelets can send a distress signal to a previously selected group of people, along with your GPS coordinates, with a distinct tap to the bracelet.

Wilmink says of their work, “Magic happens at the intersection of different fields. We are blending art and science. It’s a clash of two worlds making amazing products.” 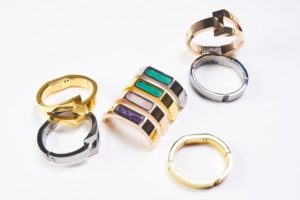 To create the WiseWear bracelets, Wilmink partnered with Lee Chan, the COO of Ippolita who has also worked with Coach, Swatch, Reed Krakoff and others. Her team of high fashion designers flew to San Antonio to Wilmink’s “engineering nerd lab” for a meeting. He described the tension of two very different teams sitting across the table from each other, trying to make the bracelets happen. “The designers would suggest a look or style and the engineers would say ‘hey, wait, we have to get a battery in this thing’ and it went back and forth like that for a while. There was a time when I didn’t think it was going to work, that everything would blow up.” Wilmink could “talk both engineering and marketing”, so he was able to mediate the discussions. The designers and engineers were able to work together to create a product that met the very high standards of both teams.

Talking with Wilmink, I got a sense, not only of his passion and drive to make tremendously impactful products, but to infuse everything he does with creativity and entrepreneurship. We talked a lot about the culture and environment needed to foster creativity and build something that can change lives.

“To foster that kind of culture for creativity you need a safe environment,” he told me. “You have to be able to come up with crazy stuff and not be looked at like you lost your marbles. Too many other environments hold people back because others around them think their ideas are too far out there.”

He reiterated the importance of feeling safe. “It’s the most important thing for a creative environment. It has to be safe.”

Having the right people on the team is one of Wilmink’s keys to creating that safety. He hires SWANs. People who are Smart, Work hard, have Ambition, and are Nice. “Nice is much more important than you would think,” he says, if you are creating the kind of safety where people are creative and entrepreneurial.

Two other keys to creating the right environment? Flexibility and failure. “Don’t be afraid to pivot. Maybe not every day, but you have to be open to it. WiseWear is still focused on bio-sensing devices, but the form has definitely changed from when we first started,” he said. Which ties to his thoughts on failure. “I’ve failed many times,” he says, “If you don’t let it kill you, eventually you get numb to it and you can create more things and adapt those things faster.”

“I love that feeling of going from idea to napkin drawing to product on the shelf,” he told me excitedly. “The process of building this company is one of the first times I felt truly alive. We’ve had four or five near death experiences. If you’re in it for the money, you can’t outlast those things. You have to love what you are doing so much.”

He refers to himself and his team as “Fusionists”, fusing fashion with threads of technology. They live for finding ways to make the “brains” disappear, so you are left with everyday items that are smart. And sexy.

The magic of the intersection. 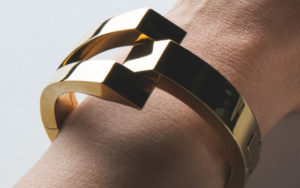